No matter how many people you talk to, there will always be the misconceptions about vitamin b12.

If it is only contained in animal products, how can you justify veganism?

But seriously let’s start to get the facts together. Natively b12 could be found on unwashed fruits, veggies and grains. But since the human being started to spray pesticide all over its food, it became hard to consume it in the raw state. B12 is a photosensitive and water-soluble vitamin which is produced by microorganisms which can be found in soil and algae. Since fruits and veggies usually get in touch with soil sooner or later in their process of growth, innately they would be full of this microorganisms and thus b12, if we would not have to wash and wipe them. This is also the natural way how animals get in touch with this microorganisms and b12 and how it ends up in their meat. Since nowadays most of the meat you can buy comes from factory farming, those animals have never seen soil, grass or anything else than their prison before getting slaughtered. So of course b12 is supplemented to them. Being a vegan you take out the steps of slavery, torture and murder and just supplement the b12 yourself. tadaaaa… you are welcome.

B12 is necessary for the break down of fatty acids and amino acids in our bodies, which are extremely important for hormone and enzyme formation. They also regulate the cardiovascular system and are essential for the formation of cells and bones. Without b12 all this processes would suffer and the central nerve system would be damaged irreparable. So to make it short: a deficiency in b12 is dangerous!

Since b12 is a water-soluble vitamin, the easiest way to consume it would be with liquids. It is absorbed best by the mucosa of the mouth, that’s the reason why drops or lozenges might be more beneficial than pills or capsules. A lot of the vitamin gets lost on its way to the small bowel, where it gets absorbed, that’s why most of the supplements are dosed way higher than the daily need, which is 4 µg for an adult. There are also no side effects noted in case of an overdosage of b12.

I switched to drops a couple of years ago, since it is kind of easier for me to remind myself of taking them. The ones I ordered recently taste sweet and you need 5 drops daily.

No matter if you are a carnivore or a plant-based human, get your blood checked regularly (at least every 2 years) on b12 and other vitamins and minerals. Usually your b12 storage should last you for a couple of years after going vegan, but since most of the b12 in animal products is stored in the liver and muscle flesh, it depends on how much of those you have been eating before, so its never wrong to start supplementing from the beginning to avoid a deficiency.

vegan around the world 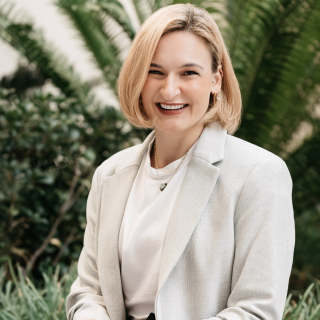